Eight Things You Should Always Include in Your Meeting Minutes 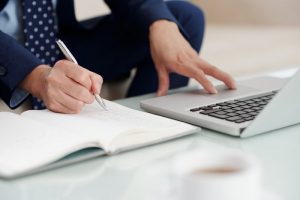 However demanding they can be, meetings are vital for a team’s progress. These gatherings, online or in person, are held and prepared to keep track of the group’s development, as well as to set new goals for everyone to thrive for.

While preparing the necessary documents and presentations for the meeting is important, being able to capture all key points said and done during the assembly is also essential in an organization. For those who missed the meeting, properly written minutes can function as standalone to keep all up to date. Meeting minutes are also effective when recording highlights in a company’s timeline. It is a great way to archive significant spikes in sales only disclosed during the month-end, for instance, or notable client feedback after wrapping up a six-month-long campaign.

Here are a few things you should always have in your meeting minutes if you’re in charge of taking notes:

Before you jot down anyone’s reports or sermons, it is only fitting to start your minutes by enumerating those who are present for it. Be it in an actual conference room or just in a conference line, especially if it is for a specific project, it’s important to list those who are involved in the meeting. Getting their names spelled right is vital too, so as you know who to reach out to for certain things for future purposes.

The names and roles of those who failed to attend the discussion may also be needed by the team, so keep that in the minutes as well. Keeping a record of those who go MIA often, even for major work conferences, might ring a bell in the HR department. Just keep those on record and in paper, it might come in handy.

Should the meeting leader recall all subjects and issues mentioned in the previous discussion, you might want to include that in your notes too. Usually, meetings start by counting down pending items by the team, which are then followed by updates from the concerned parties. Putting a refresher of the last assembly can help the others gauge the topics yet to be tackled by the group.

After clearing all to-dos from the past, it is only right to jot down the main focus of the meeting. To get the scope of the topic in its entirety, identify the ‘who, what, when, where, why, and how’ details in the discussion. If you want to get a little more serious with archiving all data and subjects presented during the meeting, you may opt to request a copy of the slideshow used in the discussion too.

Meetings are unpredictable. One day, a moderator could run the conference in as fast as five minutes by merely reading their report word-per-word; and another, an assembly could extend for as long as an hour, with a dozen participants throwing in their two cents during a heated town hall. When a meeting gets too intense than expected, it is helpful to also mark down the comments and suggestions mentioned by the attendees in the meeting. After all, it is always nice to save a record of everyone’s thought contribution in a company that can, potentially, go a long way!

Task dissemination and due dates.

When key persons and dates are dropped during the meeting, it’s a no-brainer to get them on paper. With the minutes ready for everyone to see, all team players are reminded of what needs to be prioritized, what needs to be accomplished next, and when all of it should be delivered. Highlighting and documenting this in a meeting minutes is important so as the company runs in unison within the same timeline.

Growth, be it in a small group or a huge organization, should never stop. Setting another set of goals, one after another, fuels the group to push for development. Including goals in a meeting minutes project milestone met and milestones yet to be achieved by the team.

Before the meeting gets adjourned, it is only proper to note the next meeting dates. This way, it can help persons and teams involved in the group to plan their new sets of reports and presentations accordingly before the assembly. Moreover, for everyone else expected to participate, these meeting minutes give a heads up on the date that can allow them to sort their calendars and schedules in line for the next meeting.

The work that goes through with meetings does not end after everyone has left the room or the call. Accomplishing a meeting minutes – however condensed it may seem to the eye – is that one last effort needed from a group before officially calling an assembly adjourned. But it doesn’t always have to be tedious. For one, TranscriptionWing offers a meeting minutes summary service to make you and your team’s lives more efficient and time-saving.

Civicom TranscriptionWing™: Delivering Transcriptions in a Culture of Confidentiality and Security
Where to Find Earnings Call Transcripts 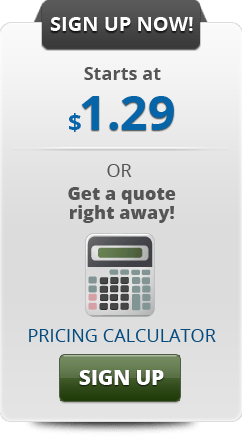